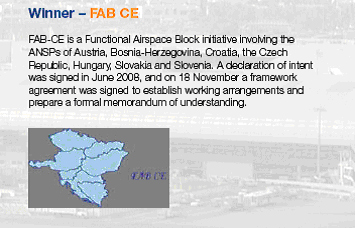 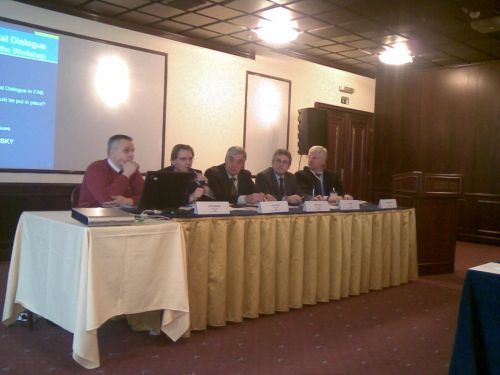 The Provisional FAB CE Coordination Council (PFCC) has been created on 14 November 2008. The PFCC is responsible for determining a common position for the Parties in respect of all matters relating to the processes connected with the preparation and implementation of Functional Airspace Block Central Europe (FAB CE).

Approved by SG a Leaflet on FAB CE activities, visible under Documents.

On 12 June 2008 at a Ministerial Conference in Luxembourg, the Ministers of the seven States signed a Declaration of intent to establish FAB CE while starting the process of termination of the CEATS Agreement. As a next step, the States agreed to establish a Memorandum of Understanding (MoU) setting the frame in which a formal FAB Agreement would be negotiated.