Free Route Airspace (FRA) offers airspace users some early and important performance-enhancing benefits as a result of cooperation between ANSPs, as envisioned by the European Commission in its Single European Sky programme. Savings in distance from these improvements across Europe could be as much as 25,000 NM a day. Flying distances can be reduced by approximately 7.5 million NM, representing the equivalent of 45,000 tons of fuel saved, or a reduction in emissions of 150,000 tonnes. FRA will also make it possible for ANSPs to more easily meet the demands of future airspace users - such as unmanned aircraft systems, hypersonic transports, airships and balloons.

FAB CE Partners are driving forward the implementation of FRA and have become pioneers in this area. The FAB CE X-Border Free Route Airspace (FRA) study, completed in April 2017, provided a baseline evaluation of the feasibility of implementing FRA and has defined the operational and technical pre-conditions for the introduction of the procedure throughout the FAB CE area. Among its findings are that the unrestricted FAB CE level cross-border FRA concept provides the desired benefits for airspace users in terms of horizontal flight efficiency.

FAB CE has set up a Project to synchronise the deployment of FRA in the FAB CE area to maximise user benefits: 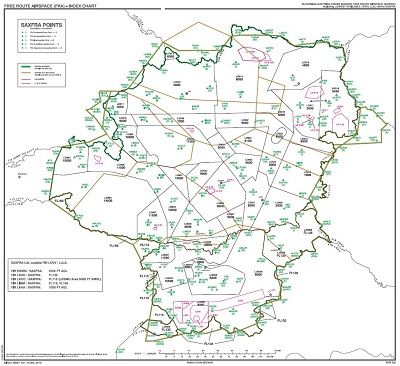 SAXFRA offers airspace users the opportunity to fly between predefined entry and exit points using the most direct route possible. Airspace users are able to select the optimum route and vertical profile for their requirements via intermediate points. Enabling free route flying options in this complex and already highly-optimized environment offers an estimated savings of 13,000 kg of fuel daily and helps to reduce carbon dioxide (CO2) emissions by 43,000 kg per day. 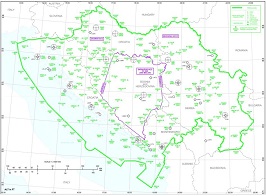 This was the first European FRA concept implemented over the territories of four States, two of which are members of FAB CE (Croatia and Bosnia & Herzegovina) with Serbia and Montenegro which are not a part of the FAB initiative, proving that such cooperation is possible and can be of benefit to all stakeholders. SEAFRA offers airspace users the opportunity to plan and execute flights 24 hours a day, seven days a week, free of fragmentation by State or AoR borders above FL325.

The idea of such a large-scale FRA programme was initiated by ATM experts of the ANSPs concerned, with a common goal of improving air traffic service safety, efficiency and environmental protection by reducing fuel burn, CO2 and nitrogen oxide (NOx) emissions. 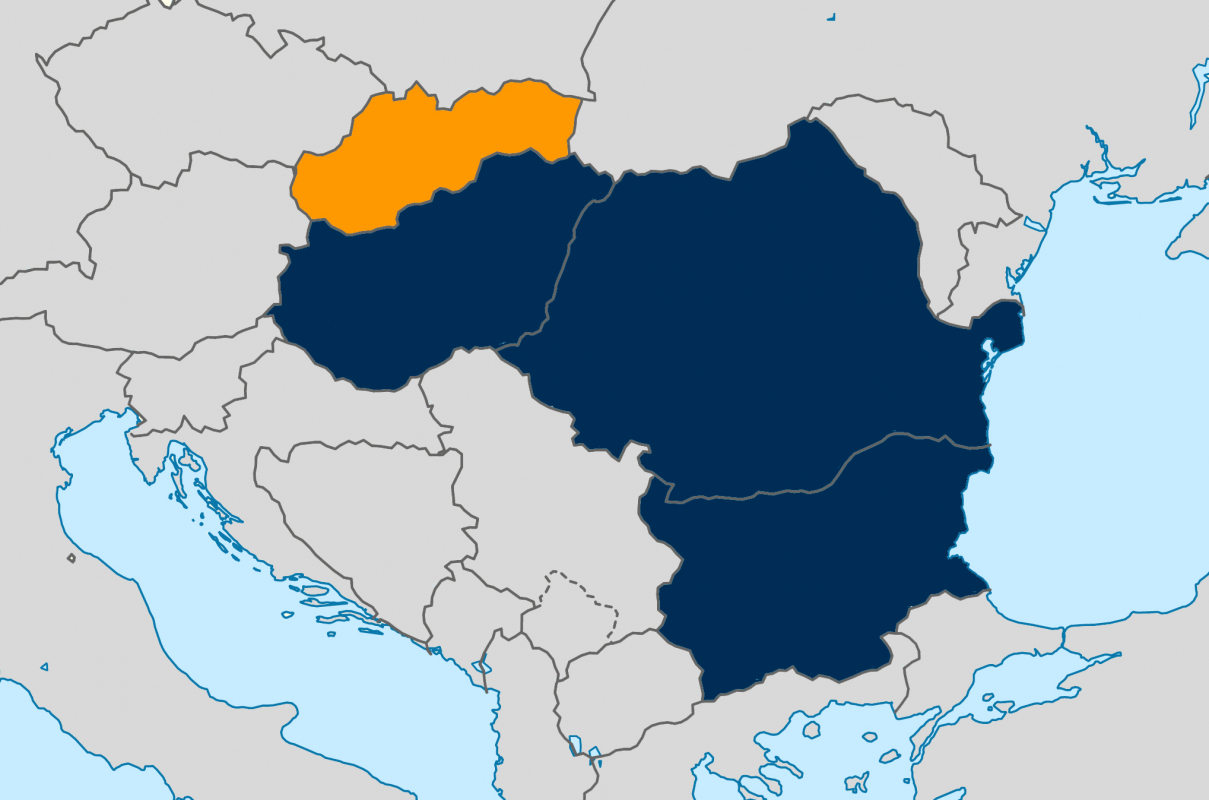 According to the simulations the synergistic effect of all improvements has the potential to save daily average up to 10,000 NM of the total mileage which represents 80 tons of fuel savings, 250 tons fewer CO2 emissions and 26 hours of flying time saved on a busy day. 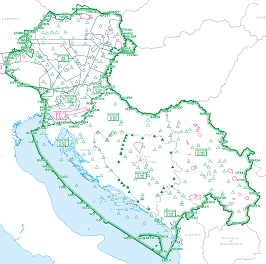 On February 1, 2018 SECSI FRA began operations, merging the two Free Route Airspaces SAXFRA and SEAFRA and offering airspace users significant benefits along the South East Axis, by delivering the shortest route options from Central Europe to South Eastern Europe.  The benefits gained through the SECSI FRA are substantial. Based on the shortest route assignment potential savings per day are up to 1.940 NM in flight distance, 285 minutes in flight time, a reduction in fuel consumption of 8,000 kg and a reduction in CO2 emissions of 25,500kg.

SECSI FRA is expected to deliver potential savings of 600.000-700.000 NM in flight distance per year. It will make more options available when determining the user-preferred trajectory. Full cross-border FRA allows airlines to take better advantage of wind or adapt to network disruptions. The better use of FRA options at flight planning level improve predictability and reduce ATC workload.

Please find below the presentations on SECSI FRA made during the World ATM Congress 2018 in Madrid: