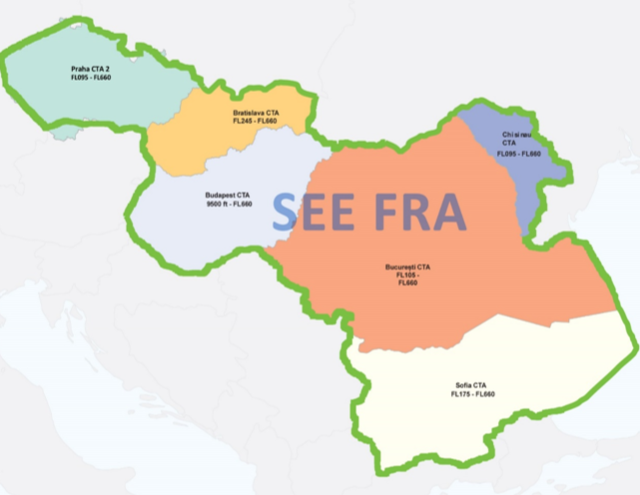 Following the update of concept-of-operations documents and a comprehensive safety analysis, the Czech Republic is on course to join the South East Europe Free Route Airspace (SEE FRA) area in the first quarter of 2023.

The SEE FRA programme was implemented in November 2019 and expanded in January 2021, allowing aircraft operators to plan their flights freely across the airspace of Bulgaria, Hungary, Romania and Slovakia 24/7 without the limitations of geographical boundaries. With the addition of the Czech Republic to the programme aircraft operators are now guaranteed free airspace from the Black Sea to the German border, which, in addition to significant fuel and flight time savings, also contributes significantly to the reduction of emissions of harmful substances.

“FAB CE air navigation service providers are continuing pioneer the extension of free route airspace areas across central Europe,” said Matej Eljon, FAB CE Programme Manager and Director of FABCE Aviation Ltd. The further development of the two large FRA systems SECSI and SEE FRA established in Central and Eastern Europe with the active participation of FA BCE members does not end there, as negotiations on the merger of SECSI and ITALFRA have already begun.”

FRA offers airspace users some early and important performance-enhancing benefits as a result of cooperation between ANSPs, as envisioned by the European Commission in its Single European Sky programme. Savings in distance from these improvements across Europe could be as much as 25,000 NM a day. Flying distances can be reduced by approximately 7.5 million NM, representing the equivalent of 45,000 tons of fuel saved, or a reduction in emissions of 150,000 tonnes. FRA will also make it possible for ANSPs to more easily meet the demands of future airspace users.