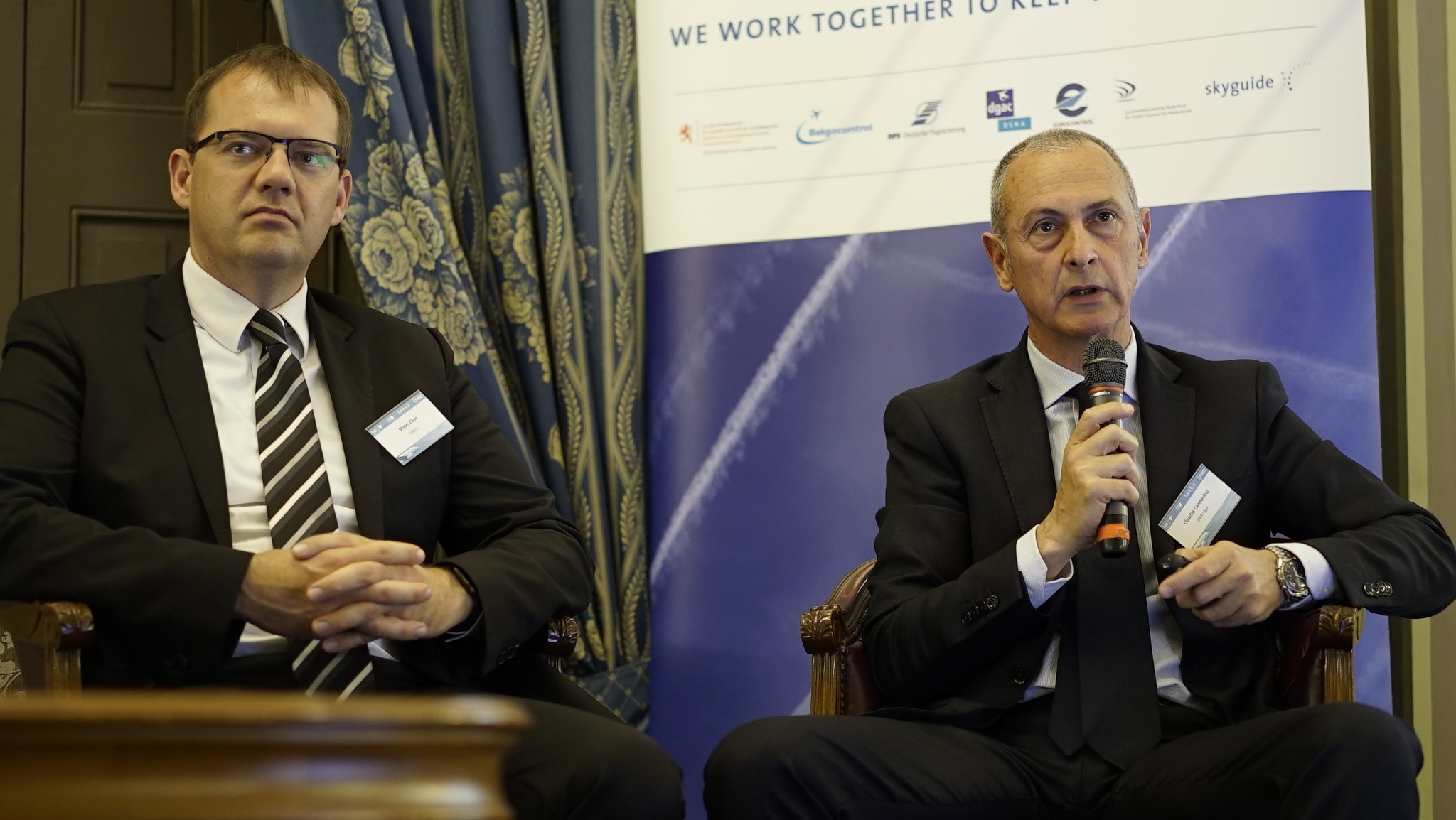 Small air navigation service providers (ANSPs) can raise performance by merging airspace, however there is a turning point where decreasing returns of scale appear, according to an analysis of functional airspace bloc (FAB) performance by university academics in Spain and Germany.

This was just one of the research conclusions discussed by over 140 delegates attending the inter-FAB workshop Fragmentation in Air Traffic and its Impact on ATM Performance held between 14-15 May 2019 at the Hungarian Academy of Sciences in Budapest. The workshop was organised by FAB CE and FABEC in partnership with the Florence School of Regulation (FSR) and the German Aviation Research Society (GARS).

The international forum brought together economists and academics, alongside ANSPs, regulators, airspace users and trade unions, to examine where and how fragmentation impacts the performance of European airspace. The European Court of Auditors has criticised ANSPs for failing to consolidate Area Control Centres (ACCs) in line with the Single European Sky (SES) framework and participants considered opportunities for airspace optimisation, including cross-border initiatives such as Free Route Airspace (FRA) and FABs, as well as regional initiatives where local knowledge is delivering enhanced operations.

Larger, more complex operations incur scale-induced inefficiencies according to research carried out by Germany’s DLR research centre and University of the Basque Country. Airspace complexity also plays a role, with busy skies over Switzerland, Germany and the UK impacting the structure of the airspace. Workshop participants agreed changing the performance scheme is the first step towards achieving this level of integration.

Professor Hartmut Fricke from the University of Dresden said airspace management relies on a combination of highly automated systems and humans whose work load is directly related to complexity. The European system is far from balanced with areas of high traffic demand and high skill requirements, driving fragmentation. This is supported by results from the Eurocontrol performance review unit dashboard which reveal efficiency is not determined by the extent of fragmentation, but by factors such as controller productivity tools, airspace complexity and infrastructure.

A comparison of ANSP business models by academics in Belgium, Germany and Serbia highlighted these differences and identified no single optimum model. Furthermore, debate surrounding fragmentation remains heavily focused on ANSP performance while ignoring key factors including the structural and financial framework, legal and union issues, technical and operational constraints.

The impact of route charges was a key topic of the workshop, highlighted by the introduction in the next performance reference period (RP3) of unit rates based on the actual flight flown in place of the filed flight plan. Several models were discussed: including airport-pair charging; and a single upper airspace rate as proposed by the Wise Persons Group.

A common theme of the workshop was the close the relationship between network-centred operations and appropriate performance-driven incentives, with the former heavily dependent on the latter. Delegates were given a vision of the future ‘digital SES’ by Professor Matthias Finger from FSR who predicted new service delivery models with the start of space-based Automatic Dependent Surveillance – Broadcast (ADS-B) services, emerging U-space and data service providers.