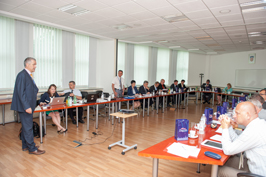 The 12th FAB CE CEO Meeting was held in Zagreb on July 12, for the first time under the chairmanship of Dragan Bilać, Director General of Croatia Control. Items on the agenda included joint reports from the FAB CE SC Chairman and the Program manager on among other topics the on-going FAB CE strategy development, the FAB CE Communication Plan, FAB CE legal entity and the FAB CE Seamless Operations project.

The 11th FAB CE CEO Meeting was held in Vienna on May 21. In accordance with the ANSP agreement the chairmanship was transferred from the current chairman Johann Zemsky, Austro Control to Dragan Bilać, Director General of Croatia Control. The transfer will go into effect June 1, the term will run for one year.

Dragan Bilać (1970) graduated from the Zagreb Faculty of Electrical Engineering and Computing.

He started his career in the Technical Division of Croatia Airlines, continued it in Siemens Information and Communication and came to Croatia Control Ltd (CCL) in 2003, where he was first appointed as safety manager of CroATMP (Croatian Air Traffic Management Modernisation Project). 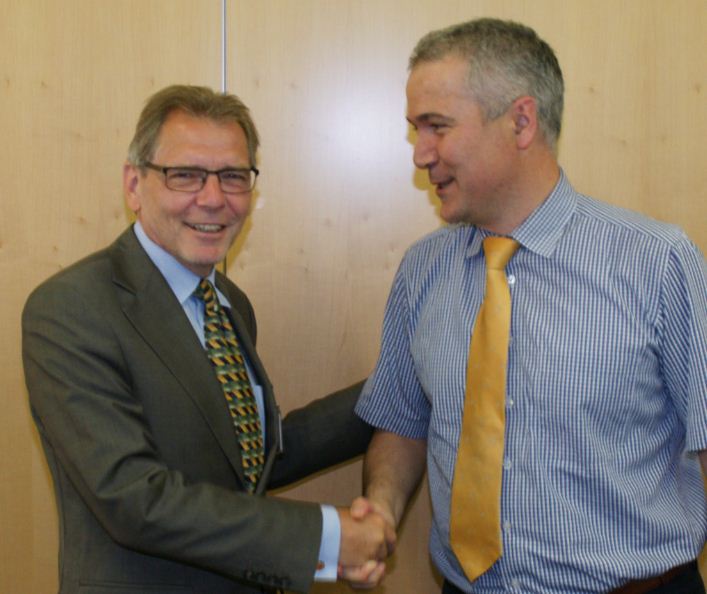 He also led the implementation of the safety management system (SMS) in CCL and, from 2007 to February 2013, he was in charge of the CCL Safety and Quality Department.  He was FAB CE Safety Sub-Committee Manager (2008-2013) and Eurocontrol Safety Team Member (2007-2013). In March 2013 he was appointed Director General of CCL.

Among other topics discussed at the FAB CEOC were updates on the status of Subcommittee activities as well as the ongoing FAB CE Strategy Development.

After the formal establishment of FAB CE on December 4th, 2012 the FAB CE CEO Committee adopted the FAB CE “Strategic Orientation” leading to a FAB CE Strategy update by the end of 2013, which should reflect the goals of Single European Sky, the European Network Strategy Plan as well as SESAR. The task was assigned to four newly appointed task forces: “Cost Containment”, “Common Business and Performance Planning”, “Staff Usage” and “Concept of Operation”.  Together with the Subcommittees and the Program Manager they will provide input to the strategy development process. The most important goal is to develop a common FAB CE Performance Plan which will serve as foundation for reaching the Single European Sky performance targets still to be determined for RP 2 (2015 – 2019). 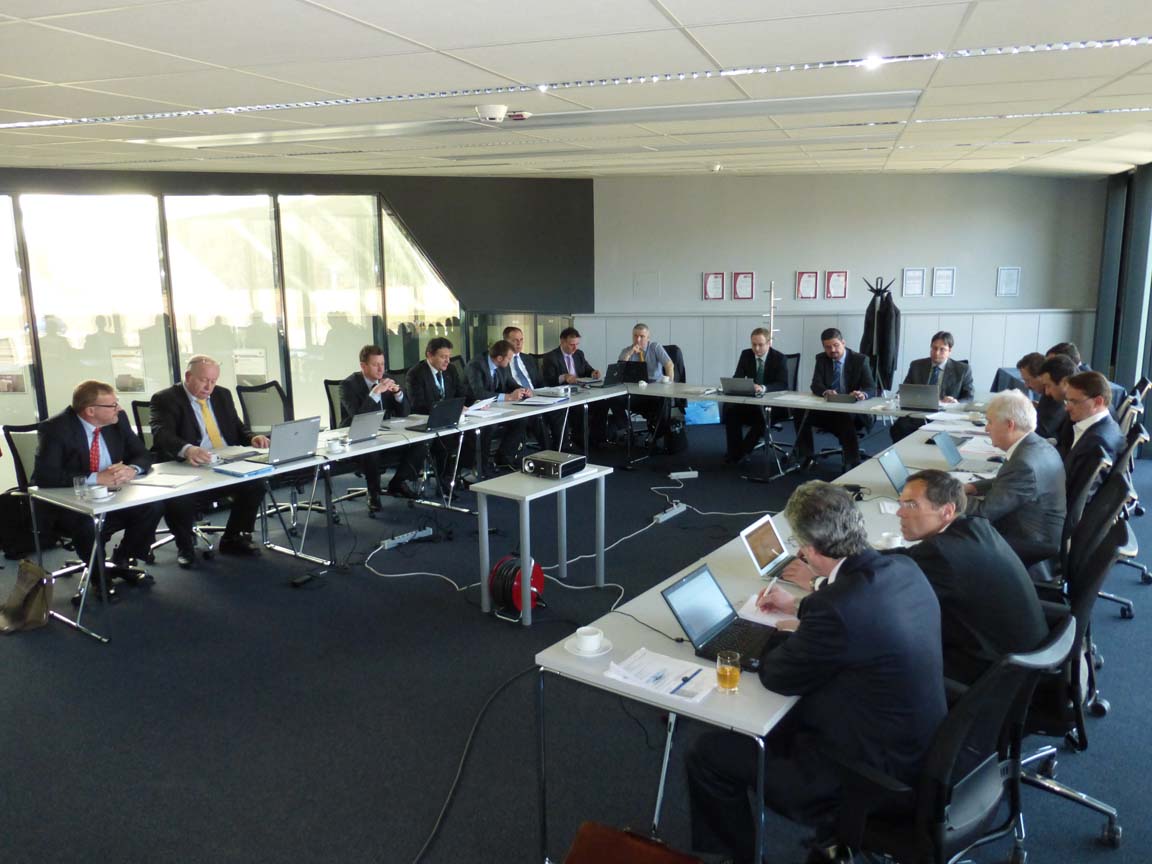 The 10th FAB CE CEO Committee took place in Ljubljana on March 22nd on the premises of Slovenia Control. The main topics on the agenda included the on-going FAB CE strategy development and an update on coordination procedures for the FAB Performance Body. The CEOs as well as other meeting participants took the opportunity to pay a visit to the recently opened ACC. 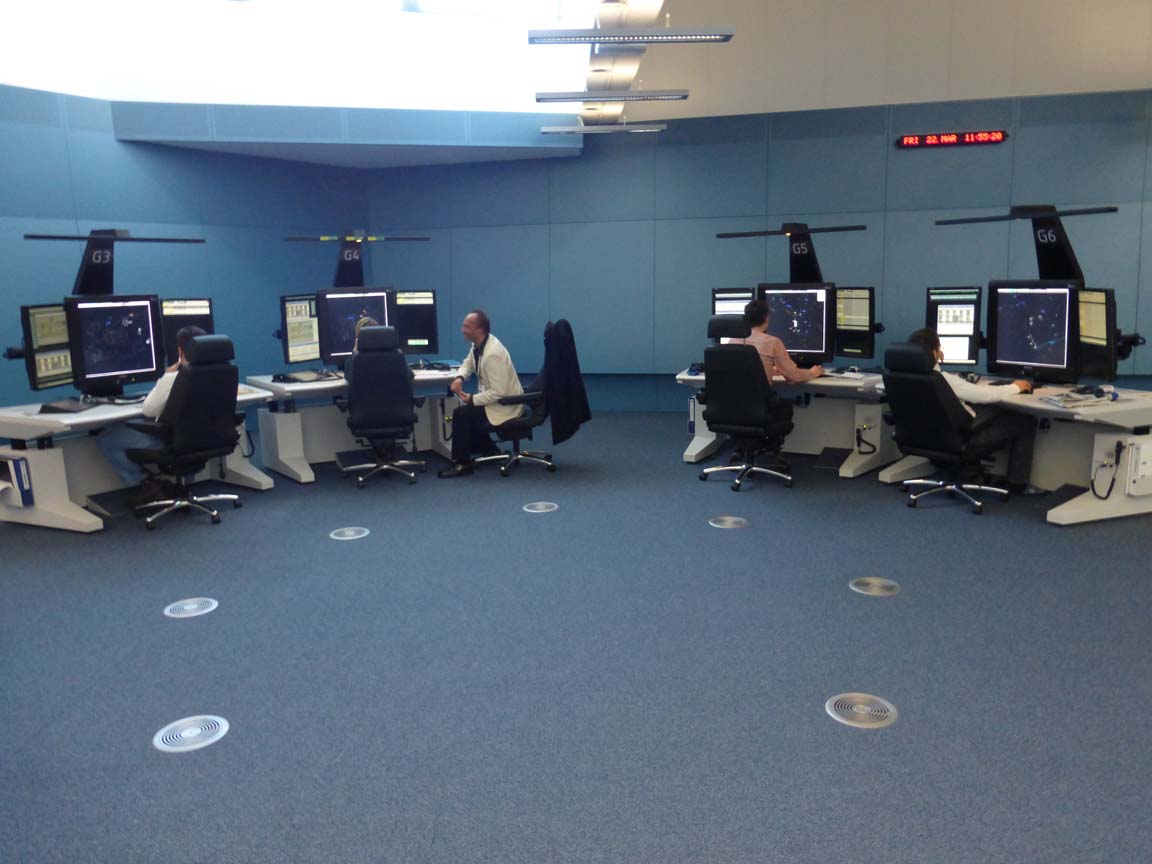 The ASM/ATFCM integrated process was recognized as a key element to improve FAB CE operation by 2015. Within FAB CE this project was set up to investigate how regional ASM/ATFCM processes can be integrated and implemented.

The recommendations of the final report include among other points the continued harmonization and upgrades of National ASM/ATFCM systems for 2013 – 2015 and the development of harmonized integrated FAB CE ASM/ATFCM processes, based on the results of the Live Trial.

Bosnia-Herzegovina has become the seventh and final state to ratify the FAB CE Agreement. As the Ministry of Foreign Affairs of the Republic Slovenia informed the contracting states, the respective Instrument of ratification was deposited on February 6th, 2013. The agreement will subsequently enter into force for Bosnia-Herzegovina on April 7, 2013.

The Notice concerning the implementation of Article 9a(7) of Regulation (EC) No 550/2004 of the European Parliament and of the Council on the provision of air navigation services in the single European sky (Publication of Member States' decisions establishing functional airspace blocks) regarding FAB CE has been published in the Official Journal of the European Union. Notice (2013/C 31/10).

„Free Route Airspace“ Concept in FAB CE -  Users will be able to freely plan a route between a defined entry and exit point, with the possibility to route via intermediate (published or unpublished) way points, without reference to the ATS route network. 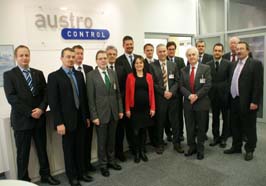 The 9th FAB CE CEO Committee took place in Vienna on January 18th.The main topics on the agenda included the on-going FAB CE strategy development, an update on project activities by the Program Manager as well as TEN-T financing.

The successful launch of FAB CE on December 4th represents a major milestone in the implementaion of Single European Sky. The flow of air traffic in the Central European Region will see significant improvements over the coming years generating substantial benefits for airlines and passengers.  The overall added value of all FAB CE projects has recently been summarized in a detailed document.

Through the implementation of the FAB CE Airspace Plan around 4 million km are saved in excess route distance by 2015 from route improvements, increasing to 14.7 million km saved by 2018, with the implementation of “Free Route Airspace”. The consequent savings in CO2 emissions are 44,260 tons by 2015 and 162,150 tons by 2018. More than 70 proposals for route optmisiations are to be implemented within FAB CE as part of the Airspace Plan. The FAB wide „Free Route Airspace“ should be fully operational by 2018.

As of January 1, Croatia in accordance with the FAB Agreement has assumed the presidency of the FAB CE Council for 2013.